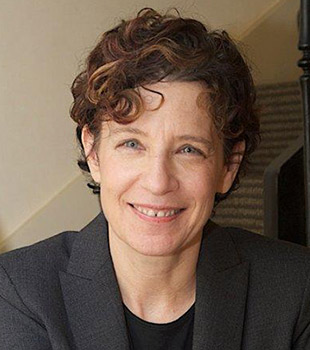 With three decades of experience behind her, Susan fights to protect her clients against heavy handed federal and state prosecutors.  With a focus on white collar criminal defense, she has represented clients charged with violating the securities laws, banking and public corruption laws, and criminal environmental laws.  She has defended professionals in the real estate, financial, insurance and healthcare industries, and she has represented more than a few lawyers. She shepherds her clients through all stages of the criminal process, including trials, appeals, petitions for certiorari to the Supreme Court, habeas petitions and collateral licensing proceedings

An experienced and prolific appellate lawyer, she can ferret out issues and pursue legal angles that other lawyers miss, or that have never been argued before.

For each case, Susan spends countless hours analyzing how “to get into the heads” of judges and jurors. The goal is always to tell her client’s story in a compelling way that is never boring, prosaic or ordinary, and to show that the law requires her client’s vindication.

She has taught trial skills for the Intensive Trial Advocacy Program at Cardozo Law School, written practice commentaries for the National Institute of Trial Advocacy, given CLE presentations on federal criminal jury instructions and sentencing, and authored an article for the New York Law Journal celebrating the joys of brief writing (“How I Learned to Stop Worrying and Love the Brief”).

“If you even dream of beating me you’d better wake up and apologize.”

Law Office of Susan C. Wolfe, 1700 Broadway, New York, NY
Founder of a firm solely devoted to the practice of the highest quality of criminal defense in the Federal and State Courts.

Blank Rome LLP, The Chrysler Building,  New York, NY, Of Counsel
As a member of the White Collar Group, defended individuals charged with violating the Foreign Corrupt Practices Act, Insider Trading and municipal bond fraud, and conducted an internal investigation requested by the board of a public company.

Partner, Hoffman & Pollok, LLP, 260 Madison Avenue, New York, NY 10016, Associate, 1985 to 2014
When Susan joined the firm of Hoffman & Pollok in the 1980’s, it was a wild west world of criminal defense. The firm represented old-school organized crime members and other clients that the government had targeted and was  bearing down on. At the time, wiretapping was a newer investigative technology and she litigated the legality of the electronic surveillance statute.  She also challenged the government’s newest darling, the Racketeer Influenced and Corrupt Organizations Act (RICO).  The legal contours of the RICO statute, including its unprecedented forfeiture provisions, were on the cutting edge and Susan aggressively litigated every aspect of the statute.

Over time the world changed, the government’s focus shifted to white collar crime, and Hoffman & Pollok, where Susan quickly rose to partner, was again on the cutting edge. The firm represented all manner of professionals, including real estate and financial professionals, lawyers and doctors. The government typically added a count of money laundering to every indictment and prosecutors began to pursue criminal and civil forfeiture in every case. The law under these statutes was developing, and Susan cultivated a particular expertise in these areas.

“Sure the fight was fixed. I fixed it with a right hand.” –George Foreman

Reversal of convictions of company and owner of a waste transit and hauling facility for conspiracy to commit criminal asbestos violations and obstruction of justice.

Litigation of New York State Gambling statute, including whether “bets were taken” offshore rather than in New York and, therefore, there was no illegal gambling in New York

Reversal of Mann Act conviction where trial court refused to instruct the jury that it must find knowledge of interstate transportation for the purpose of prostitution;

Recently, after filing her clients’ briefs in three cases in the Second Circuit, the government confessed error, requiring remand for resentencing.